Daniel Arsham has stripped back his original 1955 Porsche 356 Speedster to create the Porsche 356 Bonsai, inspired by the Japanese concept Wabi-Sabi as the car design retains the natural age and patina of the nearly 70-year-old vehicle. Arsham has long been influenced by the Japanese culture and the way its specialized craftspeople pay attention to the details of their traditions. Wabi-sabi, a view on the acceptance of imperfection and transcience, comes to the surface of Daniel Arsham’s Porsche 356 Bonsai as the artist reveals the vehicle’s age and wear through the now stripped-down raw metal exterior and the indigo-hued interior.

Arsham reflects that throughout his career, Japan has conceived his well of influences drawn from the love and dedication to craft of the Japanese. He adds that their sensibilities become the foundation of the Porsche 356 Bonsai, even producing all textiles used in the vehicle from the traditional craftspeople in Japan. Glancing outside the Porsche 356 Bonsai, Arsham removes its original finish and years of restoration, washing off the paint of the car top unveil the welds, pit marks, and wear that lie underneath. He applies a layer of linseed oil to protect the raw metal from rusting, in line with original Japanese manufacturing processes. He glazes patinated bronze relief, shaped like a Bonsai tree, for the rear engine grille of the Porsche 356 Bonsai. He continues with the patinated exterior in the all-original and well-worn components of the exterior, from the headlight covers to the decades-old license plate. 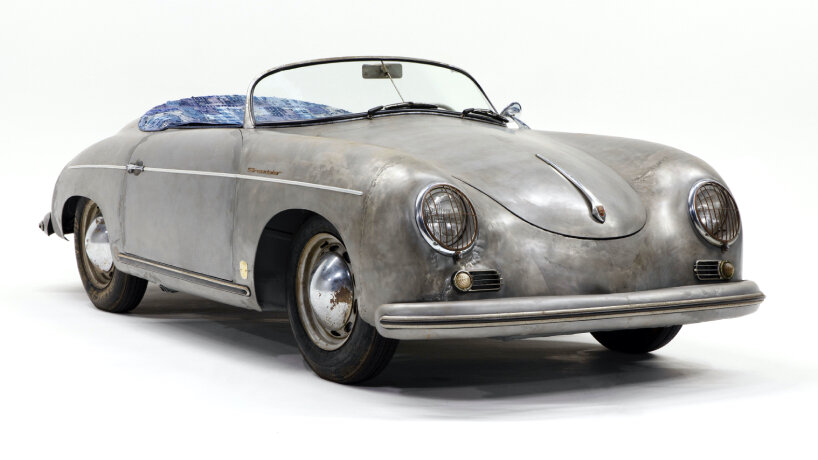 Working with Japanese craftspeople and designers

Daniel Arsham worked with Japanese fashion designers Motofumi ‘Poggy’ Kogi and Yutaka Fujihara for the interior of Porsche 356 Bonsai, overhauling the interior with traditional Japanese fabrics from boro patchwork to Japanese selvedge denim. Indigo-dyed boro patchwork tiles appear in the driver and passenger seats along with the boot cover. The Japanese mending technique employed extends the quality of the garments while the indigo-dyed cotton fabric punctuated with sashiko-stitched underlines the door trim and edge of the seats. Arsham and his team also produced Japanese denim from Okayama to upholster the roof and cover the car’s interior. These three fabrics culminate into the Wabi Sabi influence Arsham has conferred to Porsche 356 Bonsai, a craft from selectively choosing materials that are intended to progress with use and age. 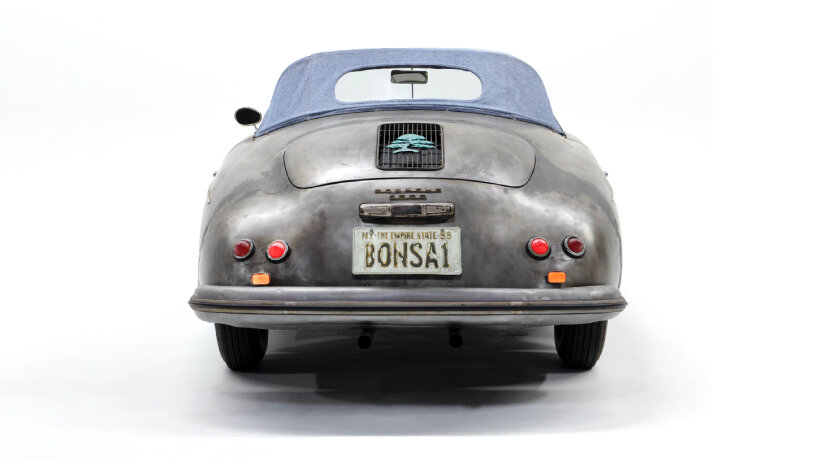 Porsche 356 Bonsai is inspired by the japanese concept wabi-sabi

Evoking the sensation of ‘omotenashi’

A Japanese tatami mat sits in the trunk under the spare wheel in the luggage compartment as an extension of the artist’s homage to Japanese culture. The mat is made of rice straw which forms part of the classic element that characterizes Japanese architecture and one’s home. The car’s interior threads with home architecture in terms of details through the artist’s reverence for omotenashi (‘to wholeheartedly look after guests’), which he implies is better experienced that explained. The fully functional and drivable Porsche 356 Bonsai by Daniel Arsham has been restored to off-the-factory-floor level, together with Willhoit Auto Restoration and the Bridgehampton Motoring Club. 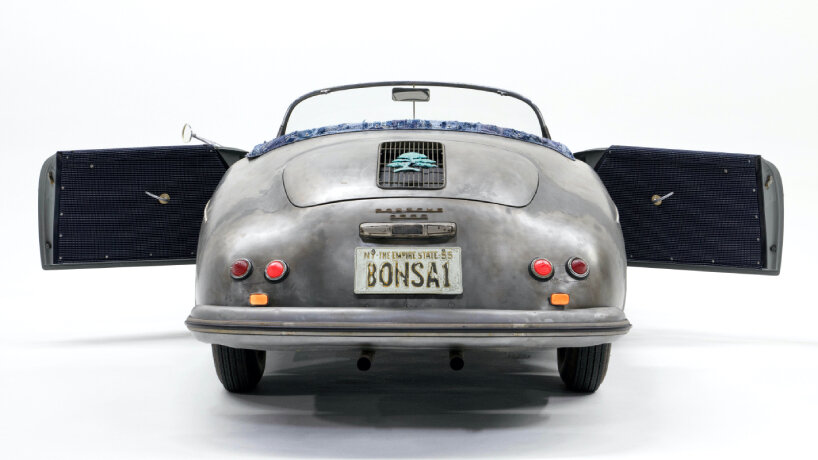 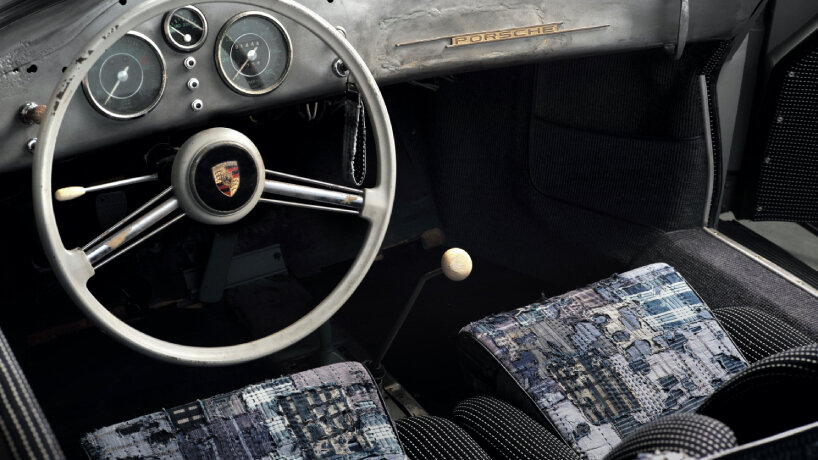 the interior with traditional japanese fabrics