a plant-filled house in brazil

In a residential neighborhood of Campinas, São Paulo, FGMF arquitetos completes its latest residence dubbed Casa Sombrero. The dwelling is built with an inward-facing organization and focuses on the integration of private indoor and outdoor spaces. This is achieved with a transparency to create a dialogue between the living spaces and the lush gardens designed by landscape architect Juliana Freitas.

inside the casa sombrero

The team at FGMF arquitetos positions its Casa Sombrero longitudinally along the 1,200 square-meter plot. The team explains: ‘From the facade, the garage, kitchen and service areas meet in a volume of concise openings, with access to the living and dining rooms that closes to the street, guaranteeing the privacy of the extremely transparent social space below.

‘The social areas are surrounded by large glass panels that allow the connection with the dense garden that surrounds the residence to the south and the lawn to the north. On the entire side, frames in the central axis of the project allow opening to the external area with a view of the solarium area and swimming pool that surrounds the social area.’ 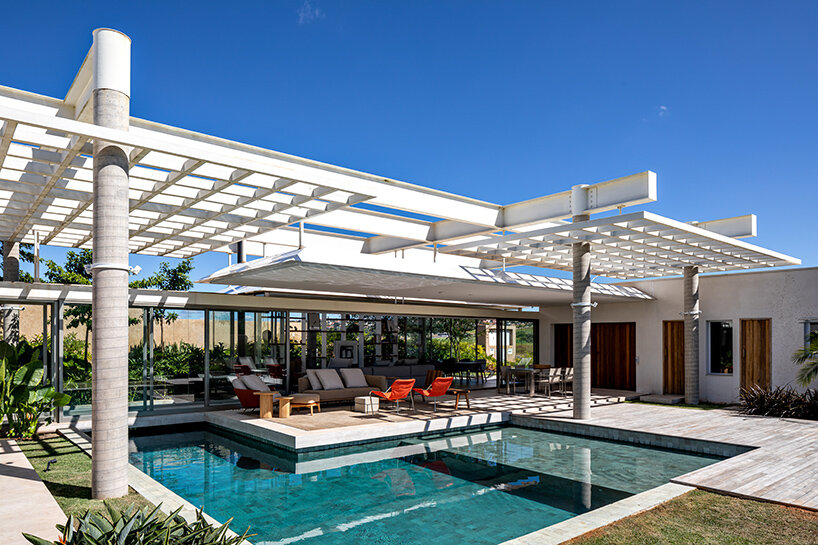 The team at FGMF describes the design of its Casa Sombrero: ‘The structural investigation adopted in the central portion of the house is the real purpose of the project – what the architects called a ‘structural inversion’ of the traditional system of the structure of a house; pillars inside, beams over the pillars and slabs over the beams, it occurs in the opposite way. The pillars in exposed concrete appear in the middle of the gardens and support metal beams with large spans.

‘These beams, in turn, hang delicate metal coverings that seem to float over the porch and social spaces, ensuring glass on virtually every facet of the space. There is a slope between the covers that accentuates the main circulation axis and guarantees even more light. This structural system also supports rectangular white metallic pergolas that cast interesting shadows on the solarium and on the building itself.’ 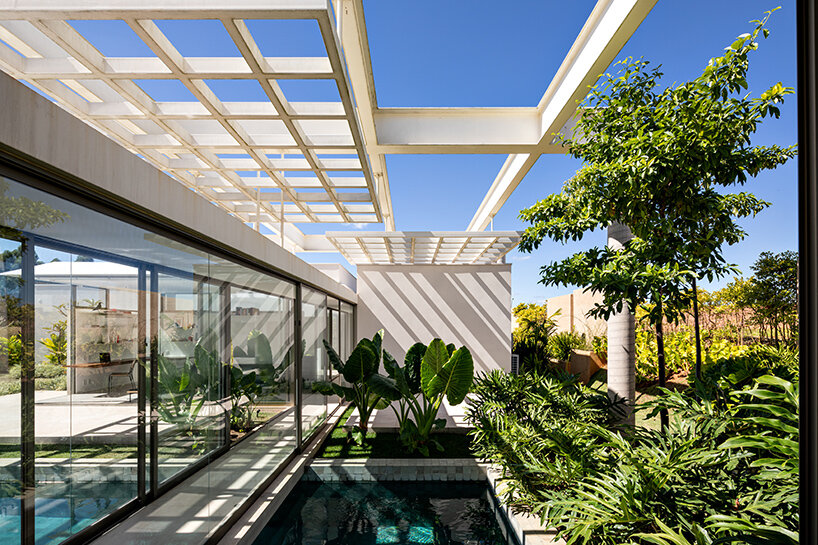 Partner at the FGMF office Fernando Forte explains: ‘The roofs supported by tie rods seem to float over the house while the pillars are in the middle of the garden or solarium – this ensures a lot of lightness and transparency to the project, in contrast to the more opaque volume of the entrance.

‘When the visitor enters the house, he is in for a surprise; he passes into a corridor with lots of green on the side and suddenly finds himself in a room flooded with light, completely integrated into the land.’ 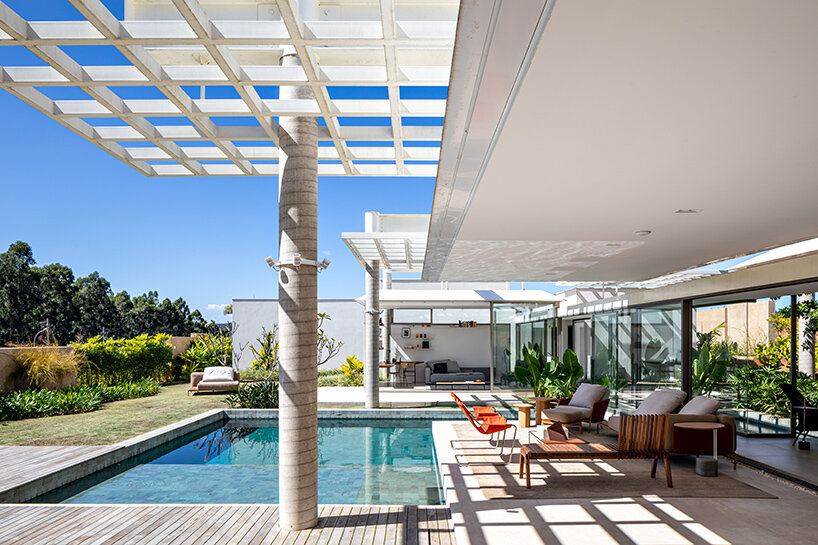 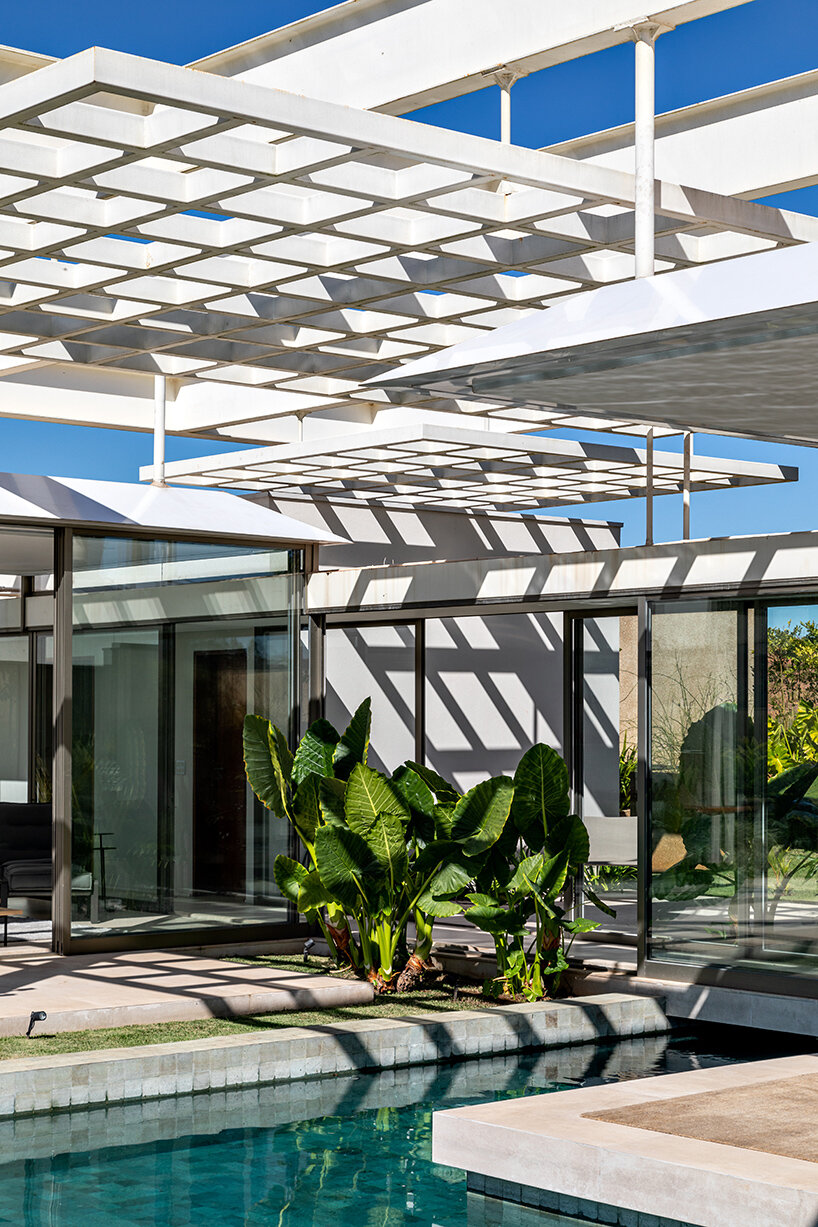