When designer Archie Read held his placement year at a sanitation company, he was inspired by its focus on providing waterless toilets for urban Madagascar and portable sanitation for high-end events. He was exposed to the facets of the sanitation and recycling industry during his two-year stint, mostly from the viewpoint of design for manufacturing. The student designer then saw and researched cities and people experiencing unsafe sanitation within their neighborhoods and areas, and it became his starting point to move forward with a project that targeted the sanitation crisis, the birth of Sandi, his sustainable toilet that flushes excretes and urine using sand.

Read drafted up his brief to design and prototype a dignified waterless toilet solution for low-income countries, keeping rural Sub-Saharan Africa in mind as his focus. His waterless toilet solution should meet the service level of being safely managed, based on the sustainable development goal description of the UN for sanitation services, and must have the capacity to deal with excretes and urines of a household comprising seven adults for two days or three kilos of solid waste and 30 liters of liquid waste in total. Above all, it must be affordable enough to be manufactured and for people to acquire them. From these ideas, Read began with his prototype and completed it with the mechanisms of his waterless toilet. 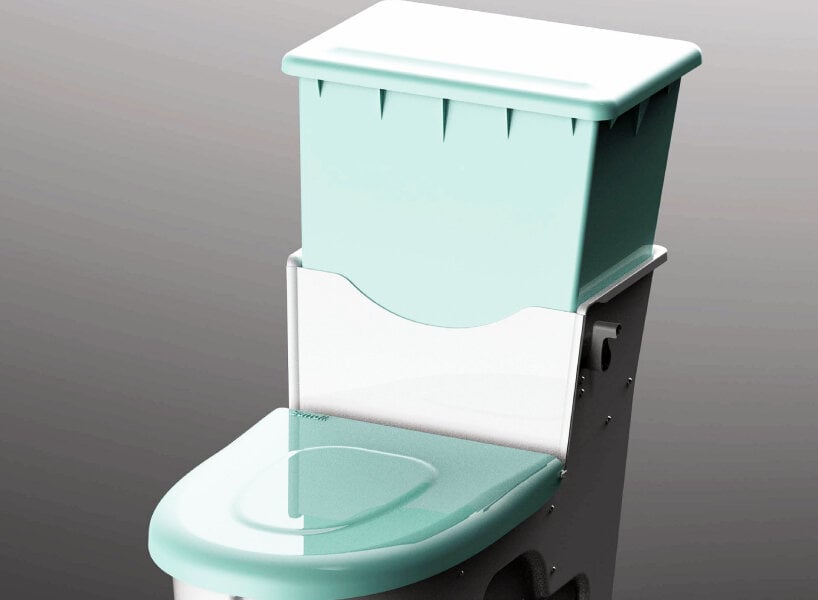 How does the waterless toilet works?

To make it work, Read installed a mechanical flush system through a basic conveyor belt that would move the excrete from the toilet into the storage below the body. The user fills the body with sand and pushes a level to let the sand move into the bowl. Once the toilet bowl is filled with sand, the user does their business, flushes their excrete using the same lever, and waits until the sand pushes the dirt into the hatch that runs through the storage below.

Looking at the bowl, Read also placed a divider to separate the feces from urine. This system helps separate liquid from solid and allows the user to treat the feces as fertilizers once they pull them off the storage below. Read also shares that in this way, the process is decentralized since the wastes being separated means there is no contamination. The extensive tests that Read carried out were successful, but he disclosed that one thing still needs some fine-tuning. ‘The hatch door would not open up completely, and so it had residue left behind. This seems to be caused by the weight of the spring not allowing it to fully close,’ he writes. 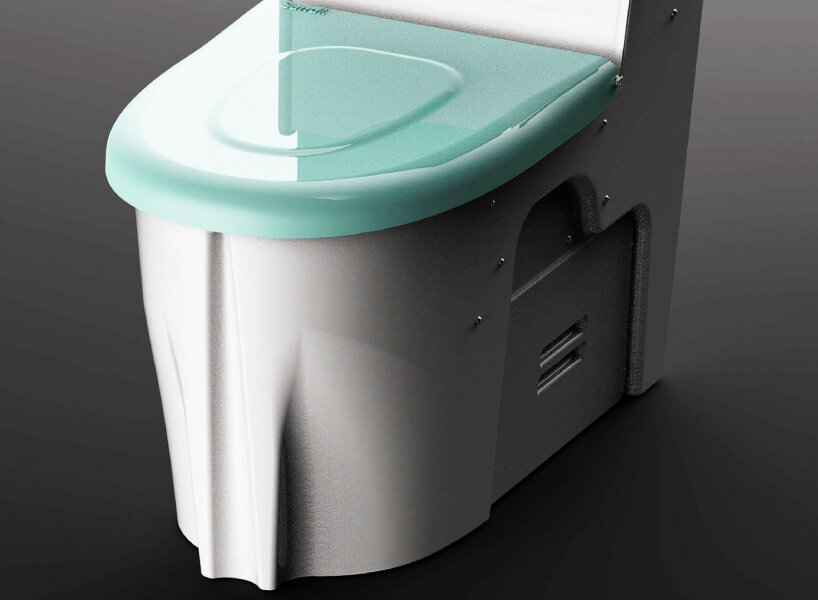 Read adopted the design methodology called Total Design which concerns six core elements such as the user’s need and problem, the product-design specification, the conceptual design, the details of the design, the manufacturing processes, and the sales part after the production. The method covered Read’s bases before he worked on making his toilet function. For the toilet’s design, he focused on the seat and lid, body, flush mechanism, and storage.

Moving forward, Read could see Sandi the waterless toilet being sold for 72 USD per unit with no operating costs at all since the toilet requires no building or digging work and minimal set-up. The toilet simply has to be pinned to the floor, filled with flush material, and it will be ready to be used. Sandi can also store a minimum of 20 liters of solid waste and 30 liters of liquid waste. ‘A household of seven would have to empty it once every ten days,’ writes Read.

On the other hand, Read shares that one of the biggest problems today is the manufacturing cost of his idea which is four times over where it should be. He is planning to collaborate with large organizations to fund his sanitation project and with engineers and designers to run more thorough testing, servicing, and assembly processes to ensure the product’s quality and feasibility. 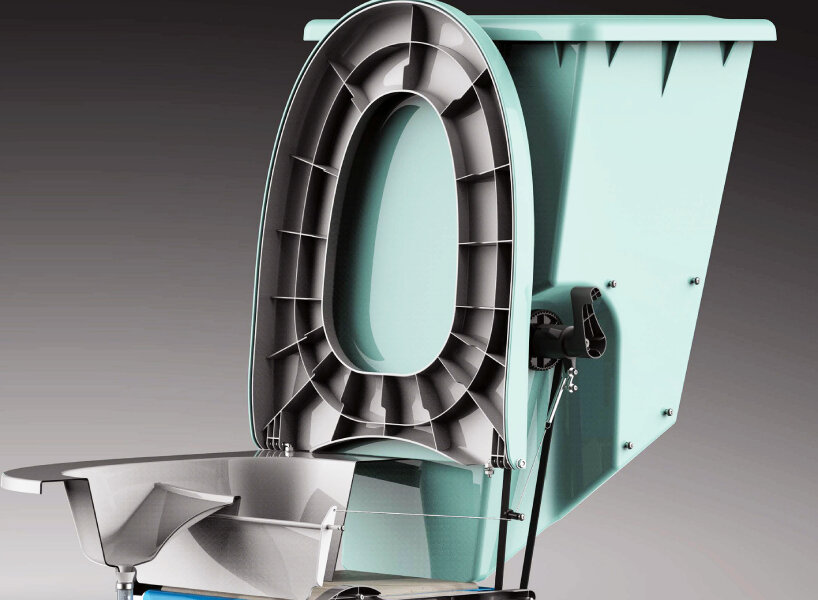 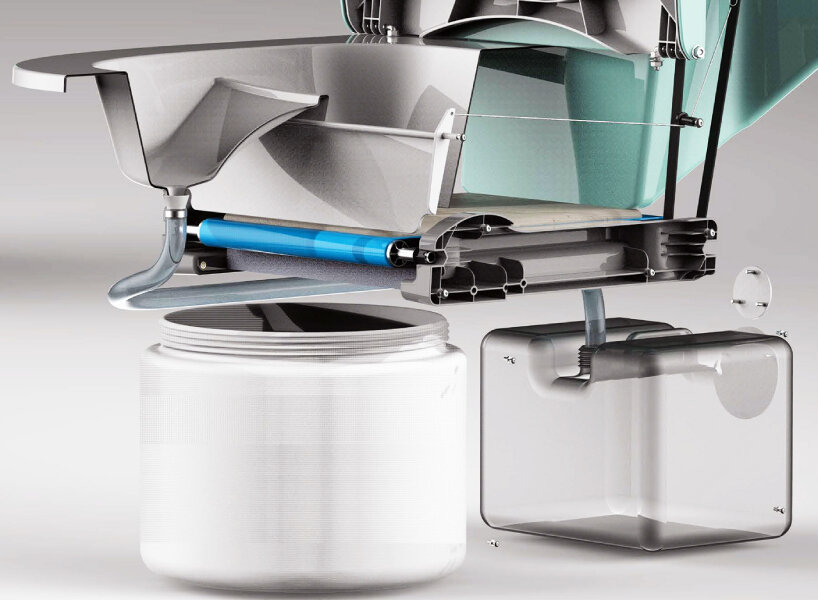 the storage below: one for solid waste and the other for urine 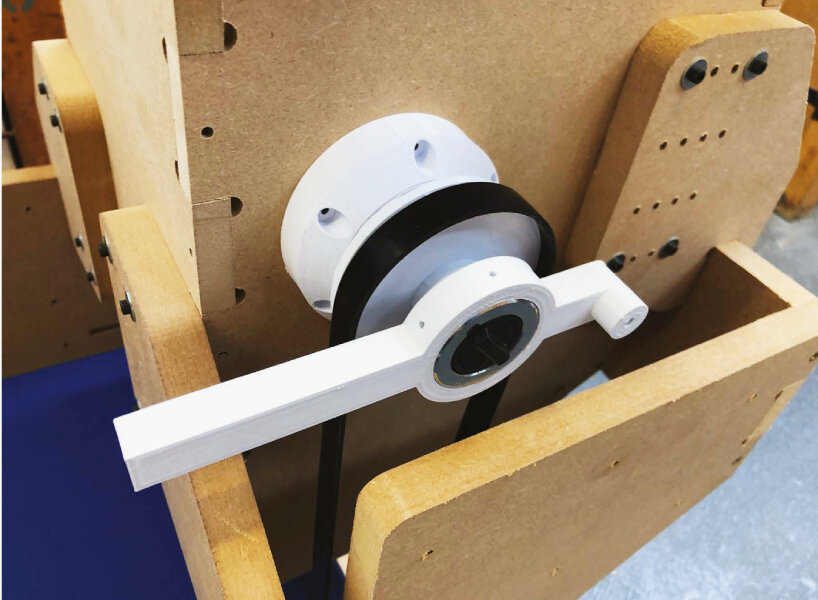 the lever the pushes out and flushes the sand the mechanism of waterless toilet Sandi