taking a leap in anti-counterfeit technology

Biomedical engineers from Purdue University and the National Institute of Agricultural Sciences in South Korea set a new record in anti-counterfeiting technology with their creation: a tiny QR code printed on an edible silk tag that detects fake whiskey. This revolutionary safety measure was designed for manufacturers to place in bottles of whiskeys, and once purchased, users can scan the QR code with a smartphone to determine if the drink is fake or not.

While still experimental, the invention was featured in the ACS Central Science journal, with promising findings that suggest using the tag to tackle not only fake whiskey, but counterfeit medication as well.

‘Some liquid medicines contain alcohol. We wanted to test this first in whiskey because of whiskey’s higher alcohol content,’ shares Young Kim, Associate Head of Research and Associate Professor at Purdue’s Weldon School of Biomedical Engineering.

Kim led the project alongside postdoctoral research associate Jungwoo Leem. Together, they developed the edible QR code tag by processing fluorescent silkworm cocoons, creating a biopolymer — silk proteins — that can encode information. More importantly, ‘researchers apply alcohol to silk proteins to make them more durable. Because they tolerate alcohol, the shape of the tag can be maintained for a long time,’ continues Kim. 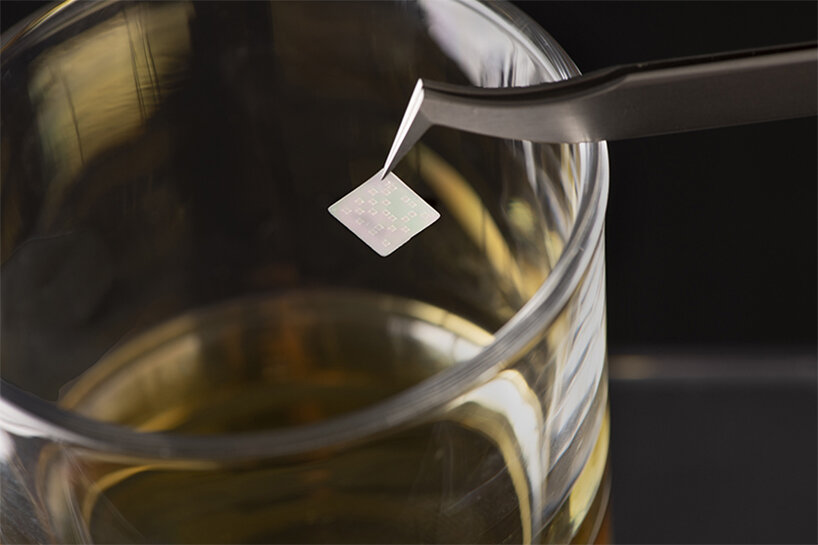 a battle against the dangers of fake medication and alcohol

Kim, who has been working on anti-counterfeit measures for years, carried out this project to address the threats associated with a global rise in fake medication and alcohol. According to the World Health Organization, selling counterfeit medical goods is ‘one of the urgent health challenges for the next decade‘ as consuming them has proven fatal for many victims.

‘Online pharmacies sell controlled substances to teens. People can buy counterfeit opioids easily. This work is extremely important for patients and buyers in addressing this issue,’ states Kim. ‘If you have this technology on or in your medicines, you can use your smartphone to authenticate. We want to empower patients to be aware of this issue. We want to work with pharmaceutical companies and alcohol producers to help them address this issue.’ 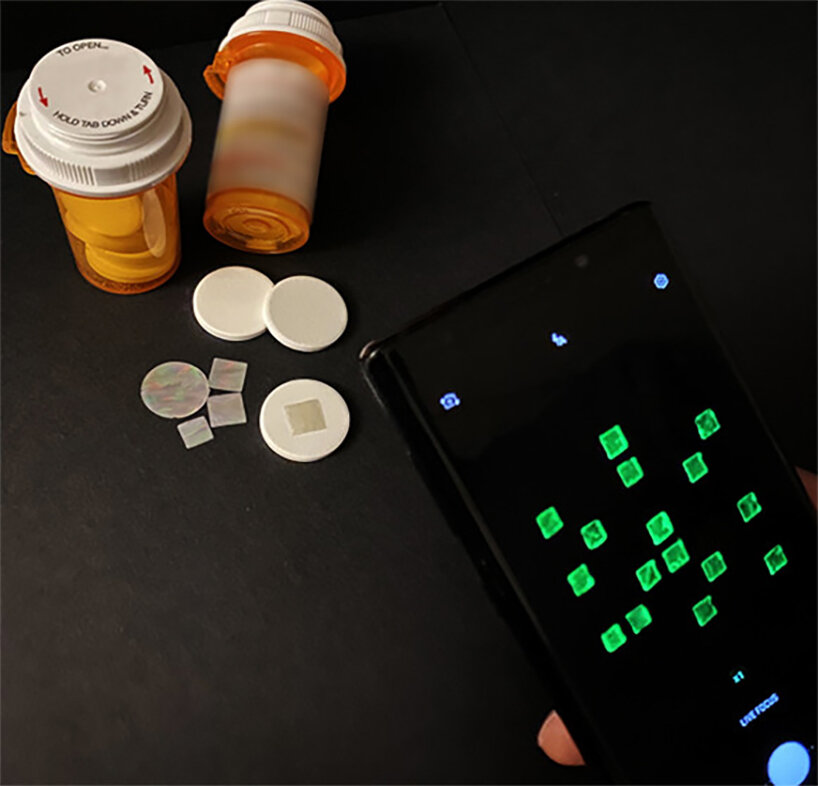 in collaboration with: National Institute of Agricultural Sciences in South Korea