a look inside the winning zanat woodcarving museum

The European Museum Academy (EMA) has awarded the Zanat Woodcarving Museum in Konjic, Bosnia-Herzegovina, with the Luigi Micheletti Award 2022. Sporting a parametric design, the interiors depict the history of Konjic’s woodcarving tradition put on the UNESCO list of Intangible Cultural Heritage of Humanity in 2017. The museum also portrays a model for preserving traditional techniques by building bridges between craft and modernistic design.

Zanat is led by a team of makers and designers creating furniture and interior decoration objects founded upon a century-old family tradition of UNESCO world heritage woodcarving techniques. Its mission is to protect and promote cultural heritage, support sustainable socio-economic development, and create fulfilling jobs while crafting timeless and functional objects. To execute its mission, Zanat partners with extraordinarily talented designers and fellow craftsmen. 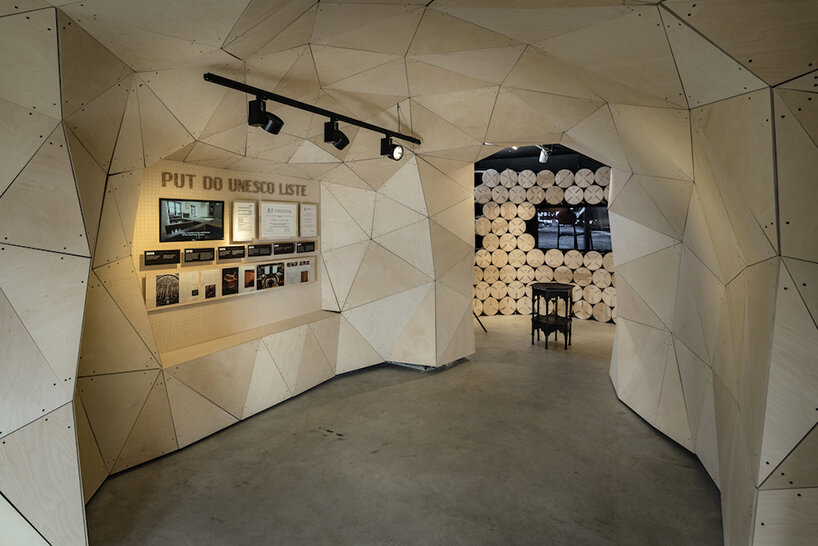 all images courtesy of Giorgiana Ravizza

Gano Nikšić, the museum director’s great grandfather, discovered a primitive hand-carving technique in a small village near Konjic. He perfected the process and collaboration with established furniture makers in Sarajevo, leading to a worldwide recognition of the craft. Gano passed his skills on to his four sons, and the family has been designing and building heirloom-quality hand-carved furniture since then. To catalog such a journey, the Zanat museum showcases historical documents and archival material, including original photographs of woodcarvers and the interiors they decorated, as well as illustrations from exhibitions at international events held at the turn of the 20th century.

‘Zanat Woodcarving Museum is a good example of intangible heritage preservation and enhancement, a private initiative that could incentivize cultural investment in a part of Europe that is in extreme need of local development based on culture. The very well-thought-out exhibition concept comes into its own with the help of impressive scenography. The museum is an excellent communicator of an intangible world heritage that has arrived as a living tradition in the 21st century – a role model for other world heritage sites,’ comment the jurors of the European Museum Academy. 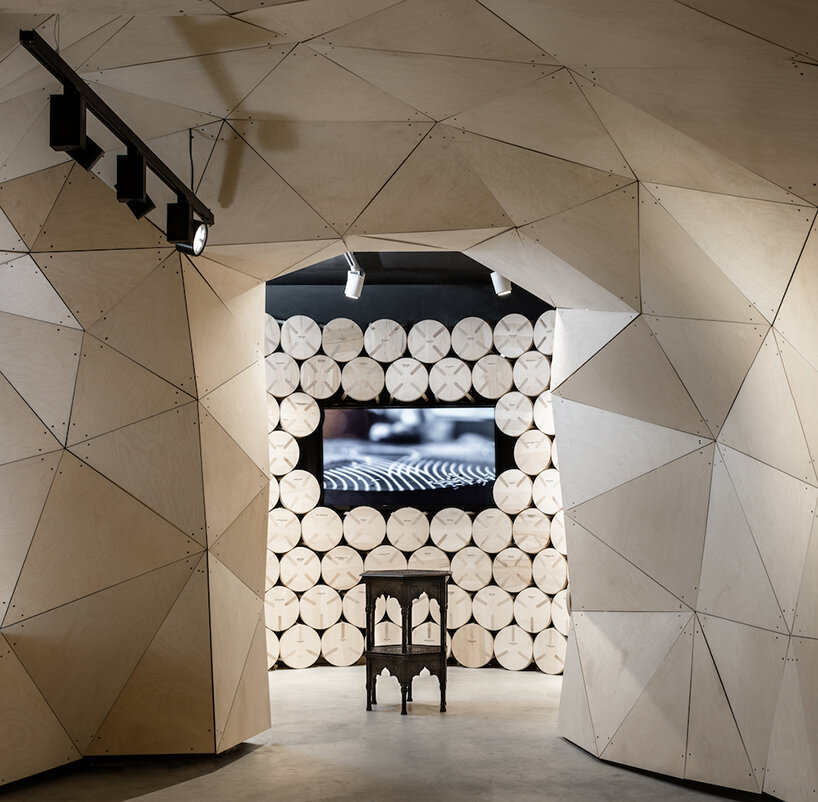 Salkic was particularly inspired by wormholes. Based on Einstein’s theory of general relativity, wormholes create shortcuts from one period in time to another and are represented as multidimensionally curved surfaces. Inside the museum, this theoretical illustration was physically translated into a tunnel-like shell structure clad in 1000+ triangles  of different shapes. 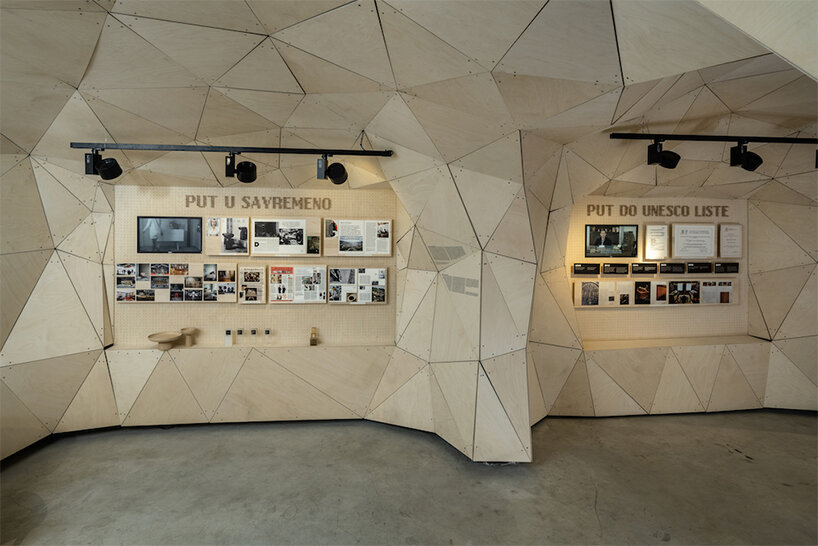 a tesselated design evoking the concept of wormholes

Tunnel openings host panels with multimedia exhibitions, each telling the story of Konjic woodcarving across different periods. Additionally, an installation wall made of 220 Tattoo stools designed by renowned Wingårdhs architects serves as a memorial room to deceased woodcarvers from the past four generations. 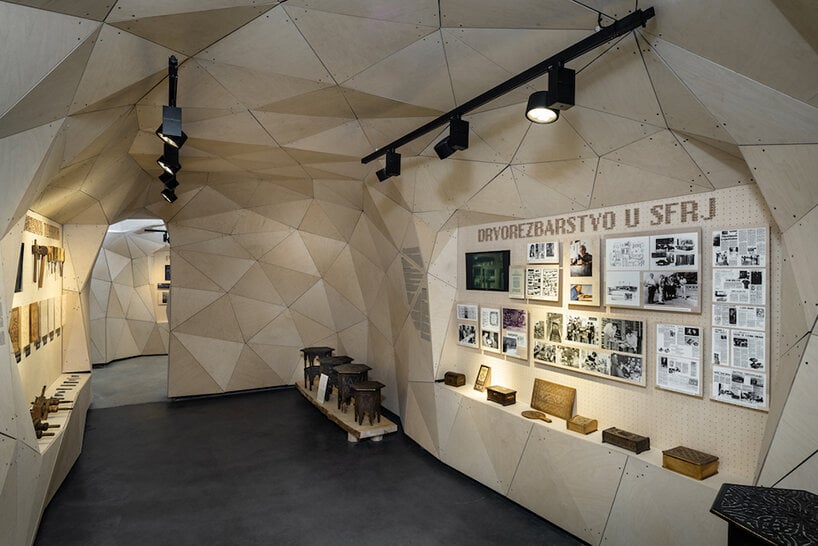 depicting the history of woodcarving techniques in Konjic 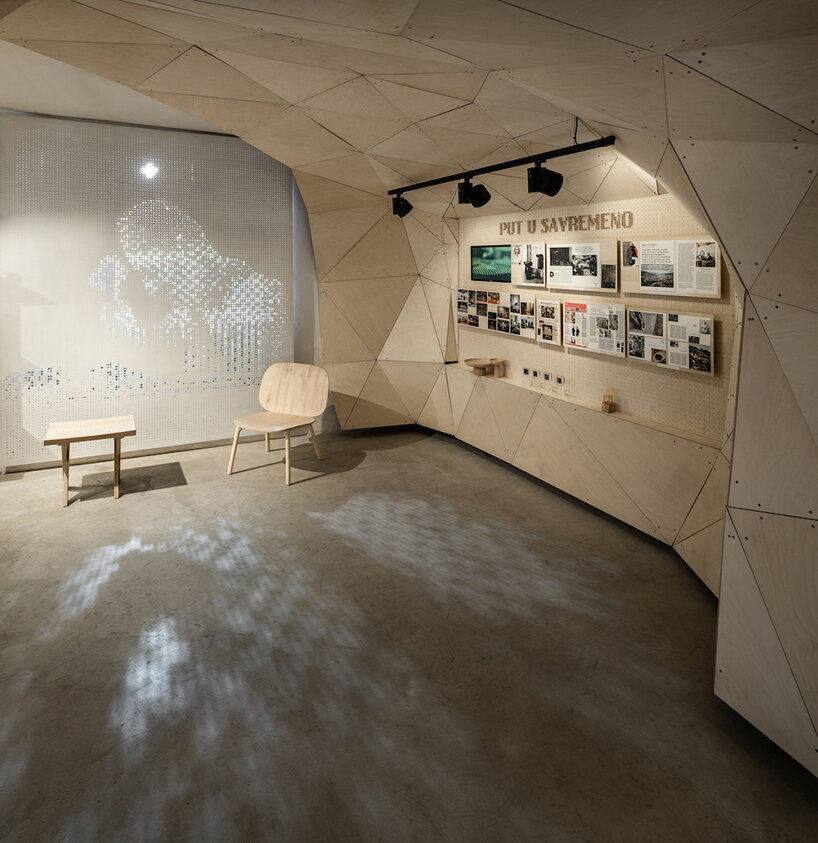 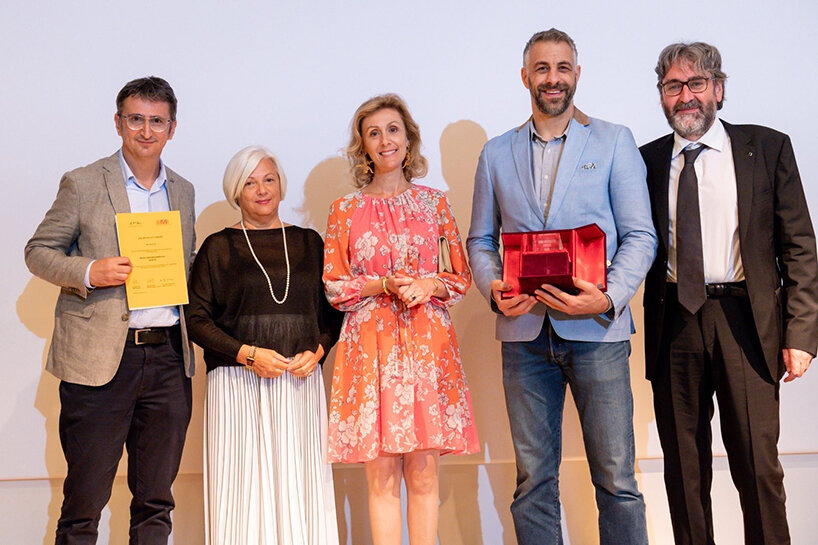